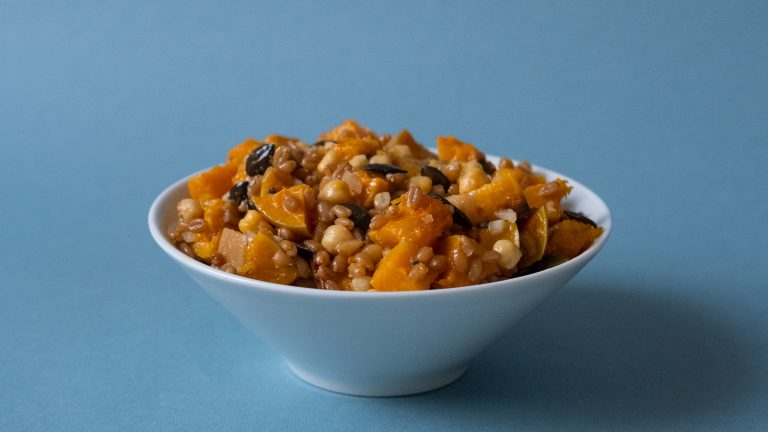 On Wednesday night here in Berlin, I went to sleep after what seemed like a typical day. When I woke up the next morning, I found out that Wednesday, January 27, 2021, was dubbed “Climate Day” by the Biden administration. The newly elected US president had signed a slew of executive orders, finally turning the country in the direction of decarbonization. Great! Amazing how much can change in a matter of hours, isn’t it?

That day I received a text message from my sister, “It’s happening. Everything is in motion! It’s only his first week in office.” I was more cautiously optimistic about the news. “Everything is on paper,” I replied.

Guess what else is on paper? The Paris Climate Agreement. Adopted by the US and 190 other countries in 2015, it was then promptly thrown out by President Trump in 2017. That was egregious, given that the US is the second-largest carbon emitter in the world and the first largest per capita emitter (UNEP, 2020). But it gets worse. Today, only eight countries are on track to meet their Paris Agreement goals. Worse still, even if every country were to implement their Paris pledges successfully, the world would be on a path to 3.2°C of warming. We need to reach a maximum of 1.5°C of warming if we hope to live on a habitable planet. Based on the UN’s latest science, we must triple the Paris Agreement pledges to reach 2°C of warming and increase them by at least five times to get to the habitable 1.5°C of warming.

How can this be? Well, climate change has worsened since the Paris Agreement was signed. The six hottest years ever recorded in human history have taken place in the six years since the Paris targets were established. They were also the years with the highest greenhouse gas emissions in human history. When the problem of climate change worsens, and we do more to exacerbate it, the proverbial finish line grows farther and farther away. Consequently, any newly proposed climate change solution needs to be the most ambitious climate change solution ever proposed. Carbon emissions need to start decreasing today, tomorrow, and every day, forevermore (and not just because a pandemic forces us to stay at home).

Yes, Biden’s climate executive orders are fantastic; he is clearly putting climate at the top of his administration’s agenda. But these executive orders are only the beginning of what can and should be done. Biden hasn’t even declared a climate emergency yet, unlike 38 countries that have! He also hasn’t announced a Green pandemic recovery, and neither have most countries around the world. However, a growing number of countries are committing, at least on paper, to net-zero emissions by 2050. If ambitious short and long-term policies don’t follow these commitments, they will join the stream of empty promises governments keep spewing into the air like carbon.

As Arundhati Roy writes, “historically, pandemics have forced humans to break with the past and imagine their world anew. This one is no different. It is a portal, a gateway between one world and the next.” If world leaders choose to move through the portal and walk on the path toward decarbonization and a habitable planet, then I will feel like “everything is in motion.” Every day needs to be Climate Day.

While we continue campaigning (and blogging!) for Climate Day Every Day to become a political reality, we can at least make today Climate Day at home with this hearty, vegan salad. Afterall, we know that if we want to reach our 1.5°C warming target, emissions from the global food system must decrease dramatically, and that means folks in the US and EU switching to low-carbon, plant-rich diets. I’ll admit that this salad takes some time to put together, but once finished, it will feed you for days, and the leftovers will get tastier during that time. I like to prep the ingredients on Sunday evening, then combine them on Monday morning for my lunches throughout the week.

Adapted from the brilliant Smitten Kitchen 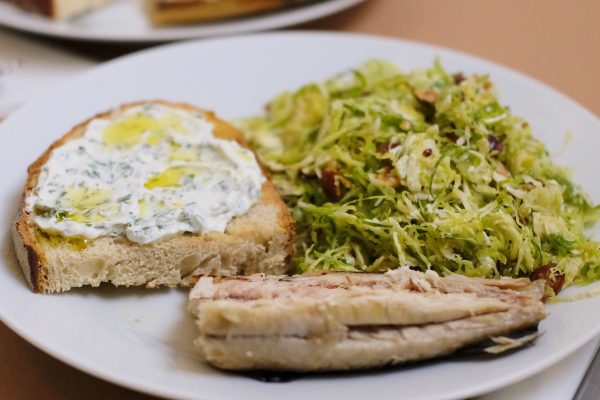 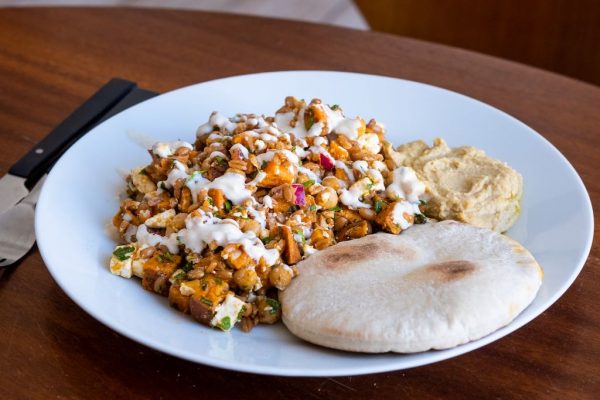 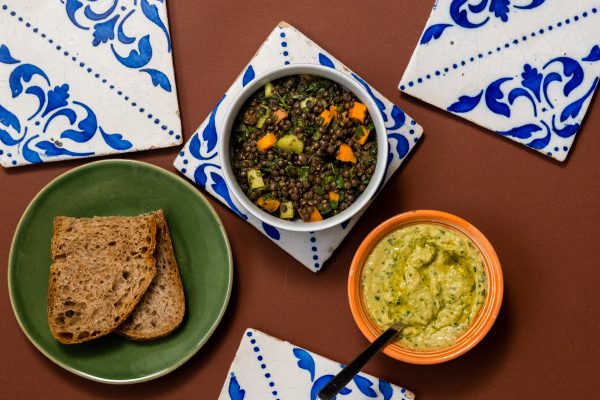