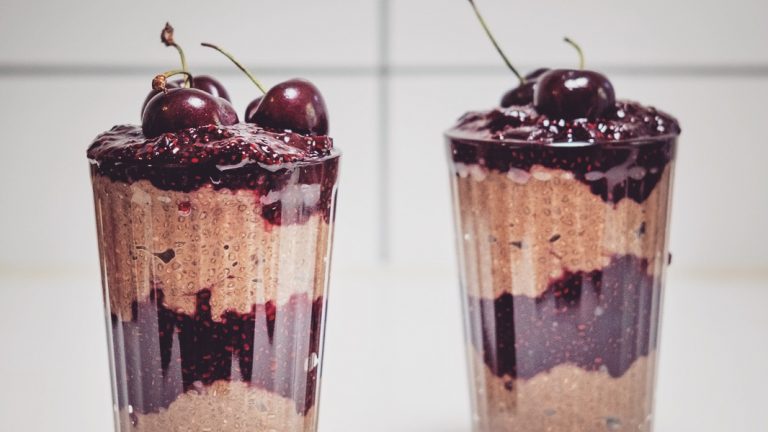 Why do we eat chia pudding? It’s not for any feelings of home-cooked nostalgia, given that these ancient Mesoamerican seeds first entered the food market in the US in the 1990s, and were only approved for consumption in the EU in 2009. No, we eat chia seeds for their purported health benefits, benefits that pre-colonial Mesoamericans supposedly knew about and cherished, which further elevates our idea of them as an exotic superfood. Today, I want to talk about the provenance and history of chia seeds. The aim of taking you on this journey is not to leave you with a sour taste in your mouth over this gelatinous breakfast choice. Instead, I think that by looking deeply into the beady eyes of chia seeds, we can look deeply into our value systems.

These tiny seeds are, in fact, rich in omega-3 fatty acids, fiber, protein, calcium, and antioxidants. I, for one, can’t name many foods that are high in all of these properties. It turns out that among the plant world, chia seeds have the highest omega-3 fatty acid content. So what? This alone was not reasoning enough for me to try chia pudding. What intrigued me to try chia pudding was that I thought it would taste like chocolate pudding! Yeah, that was a huge letdown… Nevertheless, I began eating chia pudding in earnest about three years ago as a yogurt substitute, in a rather over-zealous attempt to reduce my dairy intake. Chia seeds can absorb about 13 times their weight in liquid, and when they do, they take on a gelatinous texture, akin to pudding. But let’s not kid ourselves, chia pudding tastes nothing like chocolate pudding; it’s utterly tasteless. The good news is, you can dress chia pudding up and almost trick yourself into thinking you’re eating something much more indulgent than you are. At least, I think I’ve figured out a way to trick myself into liking them (see my tricks below).

Before we continue on this chia seed journey, let me settle one score, the superfood claim. Alleged superfoods have come under increased scrutiny, not least over unproven claims of health benefits (I’m looking at you, Pom Wonderful pomegranate juice). We have also come to carefully investigate superfoods because their explosion in demand has lead to negative consequences in some producing regions (now I’m looking at you, quinoa). The production of some superfoods is even linked to cartel violence (sorry, you knew I might get to this one, now I’m talking about avocados). I’ve avoided posting many recipes using the so-called superfoods quinoa or avocado precisely because I want to address some unethical and unsustainable aspects of their production and marketing strategies and writing all that content takes time.

I’m not alone in my discomfort with the use of the term superfood. In 2007, the European Union banned the use of the word superfood on food products, unless accompanied by an authorized health claim (backed by research) that explains to consumers why the product is beneficial for their health. Yes, chia seeds are a highly nutritious food, but their consumption alone will not lead to weight loss, stave off heart disease, or treat diabetes. The unsexy (and difficult to market) truth is that eating a varied and healthy diet combined with sound lifestyle practices is the only super strategy for moderately good health. This does not, and it’s important to note, guarantee happiness, though we often conflate the two.

Now, let’s cut back to chia seeds. Don’t worry! Chia seeds don’t have a terrible dark side; their history reveals more about late-stage capitalism and our value systems than anything else. Chia seeds are native to Central America and were highly valued during the Aztec empire. The seeds were used for food, for medicinal purposes, chia oil was used for painting, and most interestingly, when ground into a dough, chia seeds were used in ceremonial rituals. The Aztecs would mold figurines out of chia seed dough mixed with human blood and would offer them to their deities, believing these rituals would bring about productive harvests. The Spanish conquistadores deemed these religious rituals heretical and prohibited their practice. The consequence of this colonial repression being that chia seed production in Central America was nearly eliminated. In the 1990s, in quaint neocolonial fashion, chia seeds were “rediscovered.” This time, instead of being suppressed, chia seeds were elevated in status almost as deities themselves, revered for their powerful health properties.

Once native to Central America, now 80% of the world’s chia seed supply is produced in South America; the main producing countries being Argentina, Bolivia, and Peru. As you can already guess, the main consuming regions are Europe (where Germany ranks highest) and the United States. Notably, Australia is unique in the globalized supply chain of chia seeds as both a site of emerging production and consumption. It brought me some comfort to learn that the chia seed markets in the US, EU, and Australia are known for their high-quality standards, fair trade, and organic practices, as well as the transparency and traceability required to ensure these standards.

Knowing the history and provenance of chia seeds will not change my chia pudding eating habits. I will continue to fiddle with my basic recipe to enhance its taste and visual appeal. Maybe that’s because I take pleasure in the transformative properties of this hydrophilic food, or perhaps I still can’t get over my initial chocolate pudding betrayal. Plus, I hear omega-3s are pretty good for you.

All this to say, I think that we need to be vigilant about superfood “discoveries” and accompanying claims that these new foods can cure our worst ailments or obsessions. It may even be healthier to remain skeptical about superfoods. Vanessa Fonseca, professor of communications and cultural studies, writes, “ancestral food marketing is full of mystification strategies that try to invest the product with exoticism and mystery. Cultural difference becomes a commodity in late capitalist societies, where nostalgia plays an important role in creating brand value. Industrialization and urban development created a food industry based on delivering convenient and hygienic products to consumers, who were totally absorbed in creating more capital to spend and simplify their eating habits.” As your chia pudding sits and gels, ruminate on that.

How have we come to be so obsessed with good health? Why is it more appealing when the carrier of that good health has an ancient or exotic origin story? The answers to those questions say a lot about our beliefs and value systems in Western, industrialized countries. In this way, chia seeds, like many foods, can serve as a portal to better understand ourselves.

Like their transformative history, chia seeds can take on different flavors, lemon, and chocolate being my favorites! Below are my top two go-to chia pudding recipes.

One thought on “How to Make Chia Pudding Taste Good, a Deep Dive on “Superfoods”” 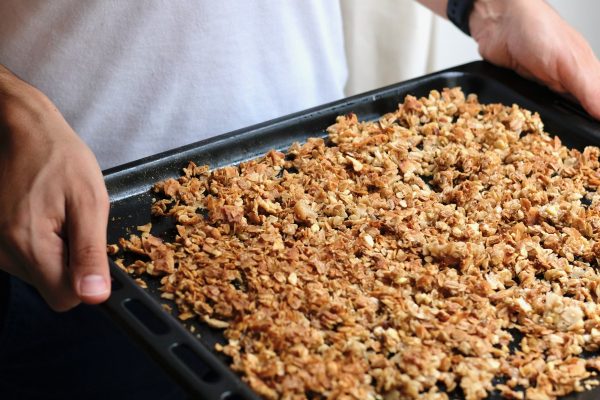