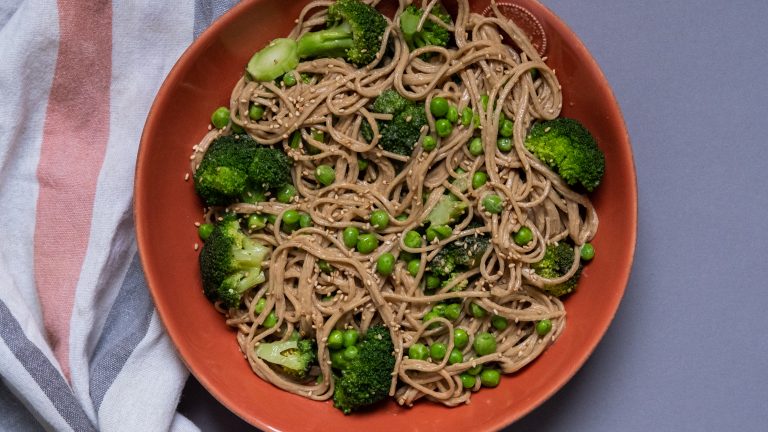 “I can’t believe they’re vegan” is part of a three-part series covering my master’s thesis research on the intersection of meatless diets and masculinity in Berlin. A vegan recipe accompanies each post. Read on if the connection between gender and diet sounds interesting to you, otherwise skip ahead to my favorite, go-to soba noodle recipe.

Link to Part I and II

In this final post of my three-part series, I will share the findings of my research and what I think they mean. My project’s purpose was to learn how young men in Berlin practice meatless diets and what that reveals about contemporary constructions of masculinity. I determined that the best way to study a diet practice was to see it in action, so I conducted cook-along interviews. I interviewed young men as they cooked meatless meals in their homes. There were 18 participants in my study, averaging 29 years of age. Half were German, and the rest were bicultural or non-German. There were 8 vegans, 5 vegetarians, 3 reducing meat, and 2 flexitarians (all self-identified diets whereby animal-derived foods are eliminated or reduced).

Before conducting my first interview, I feared that, as a female researcher asking questions about gender and diet, I would receive carefully constructed responses with a feminist critique in mind. Beyond gender, meatless diets are also tied to personal identity, morality, culture, politics, and class, all highly sensitive topics. Nonetheless, I think that I benefitted from being a foreign female researcher entering young men’s kitchens. I worked in a historically feminine space and talked about historically feminine domestic work and a diet coded as feminine. The interview sessions felt almost therapeutic for the participants. They built narratives about an often unspoken, routine aspect of their lives and shared explanations and enactments of diet and gender in a safe (anonymized) space.

As mentioned in Parts I and II, previous research finds that men, by and large, masculinize meatless diets, thereby redoing masculinity which maintains and upholds the legitimacy of patriarchy. Instead, in my interviews, I found new empirical evidence of men’s meatless diet practices imbued with care, care for themselves, humans, and our world. I believe this care indicates a transformational undoing of masculinity. While the gender projects of the young men that I interviewed were not absent of contradictions and points of tension, no gender projects are. We need far more research on this topic, but I believe that a reduced meat diet, as a daily social practice, can serve as a gateway to a new world of gender relations, and I’ll explain why.

In my analysis, I found care was key. What do I mean by care? As the political scientist, Joan Tronto writes, care is “everything that we do to maintain, continue and repair ‘our world’ so that we can live in it as well as possible. That world includes our bodies, ourselves, and our environment, all that we seek to interweave in a complex, life-sustaining web.” Care is life, but in our Western, capitalist society, care is largely devalued, underpaid, and feminized. Care work is perceived as women’s work, such that when men do care, their masculinity is commonly called into question. Often masculine care is limited to the imperatives of corporate, military, legal, or governmental care, which are seen as “higher pursuits” than domestic care work or care for the environment.

The participants in my study all demonstrated caring attitudes in their keen awareness of and alignment with gender politics, social justice, and environmental movements. They distanced themselves from hegemonic masculinity and associations of meatless diets with “hypermasculine” performance enhancement, exemplified in The Game Changers. The vegan participants, in particular, channeled their feelings of empathy for animals to guide their diet choices, and environmental and ethical concerns for “a stable environment, in which we all can live” were the primary values of the remaining participants. Beyond their individual diet choices, the participants also joined collective action movements such as environmental demonstrations, food rescuing, and progressive politics. This is in line with previous research that shows that developing an environmental consciousness increases the likelihood of challenging and undoing masculinity for men.

The participants are also involved in care work. They reflected on the historical gender division of housework and were actively working to prevent the same dynamic in their homes at all levels of domestic work. Domestic cooking and housework were seen as necessary know-how and tasks. Cooking proved a vital competence to effectively practice meatless diets, become an adult, and show love and care. Most men found that cooking for others brings them joy and a sense of shared health and well-being. Evidence shows that the more men cook domestically, especially with and for others, the more this practice is imbued with care, expressions of friendship, sexuality, and domestic responsibility.

You may be thinking that caring attitudes lead to care work, but the opposite is the case. Practicing care creates relationality. By caring for something, whether that is the health of a loved one or cows trapped in industrial dairy operations, it becomes self-evident that all beings depend on each other. This is why gender scholars like Karla Elliott believe that men’s care work can transform masculinity. Elliott writes, “it does not matter, then, if men do not ‘care about’ (have nurturing attitudes and emotions) to begin. By ‘caring for’ (doing care work), nurturing attitudes and emotions can develop in men.” Furthermore, when men do care work, their gendered perceptions of care work change, transforming their understandings of gender equality and what it means to be a man. If care is taken as a central value to strive for in men, just as in women, caring masculinities can and must be stimulated and sustained through political reforms that open the door for men to care.

To conclude, if we hope to safeguard our planet’s climate and ecosystems, men and women in North America and Europe must drastically reduce their meat consumption. As many ecofeminists, critical animal studies researchers, and social justice activists have stated before, the liberation of animals, the environment, and people from oppressive regimes are intersectional struggles. If we hope to live in a sustainable and equitable society, we will not get there by redoing masculinity and maintaining the ideology of hierarchy, oppression, and exploitation underpinning patriarchy. Undoing and transforming masculinity is required. Researchers have already demonstrated how domestic cooking, care work, and engagement with feminist and environmental movements can activate masculinity transformations. My research findings indicate that meatless diet practices can do the same. It’s time we focused more attention on reduced meat diets to foster care, create a new world of gender relations, and enable our planet and all life on earth to thrive.

I adapted Cookus Interruptus’s creamy sesame noodles to come up with this recipe. Check out their YouTube channel for recipe videos made by a nutritionist and a team of improv comedians. These noodles taste great eaten immediately when warm or refrigerated and eaten cold as a salad. I use seasonal veggies (see note for ideas), but you can skip the veggies and just make the sauce and noodles if you’re hangry and in a hurry! 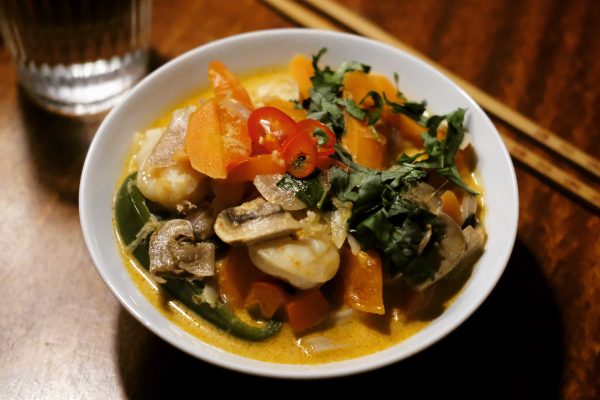 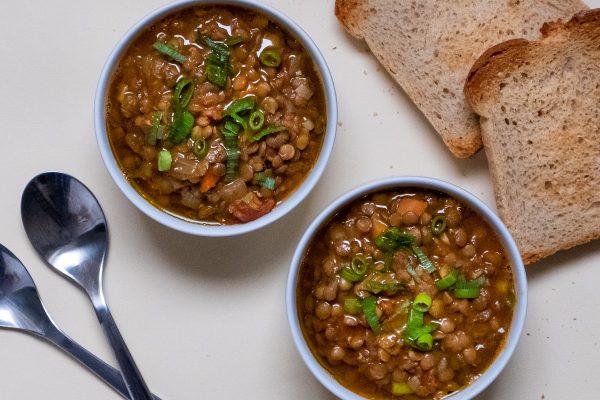 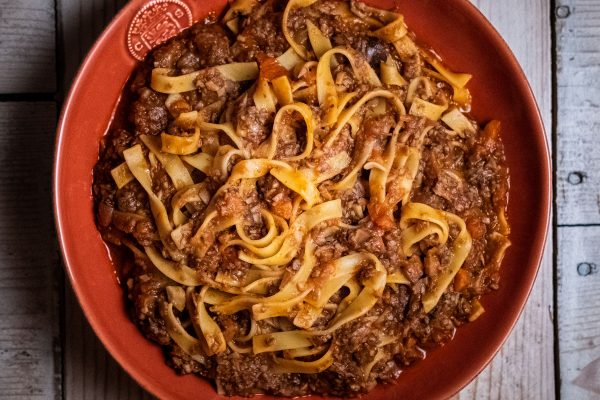