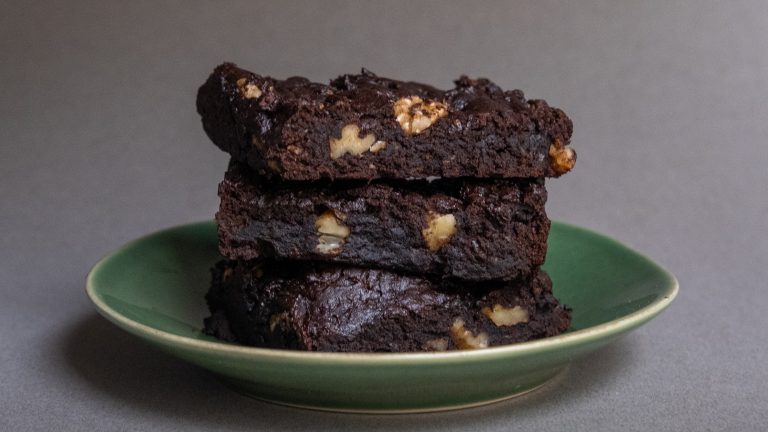 “I can’t believe they’re vegan” is part of a three-part series covering my master’s thesis research on the intersection of meatless diets and masculinity in Berlin. A vegan recipe accompanies each post. Read on if the connection between gender and diet sounds interesting to you, otherwise skip ahead to a delicious brownie recipe that I swear you will not believe is vegan!

Meatless Diets and Masculinity, Part I

Despite concerns that industrialized meat production and excessive meat consumption are detrimental to the climate, the environment, human health, and animal well-being, both production and consumption continue to rise globally. Researchers, activists, and policy actors have made the case that to have a sustainable food system that is safe and healthy for all people and the planet, meat consumption, especially in North America and Europe, must decrease dramatically. However, meat and masculinity are closely associated, leading men to eat more meat than women and women to take up meatless diets more than men. For example, in Germany, 74% of people who follow vegan or vegetarian diets are women, and the ratio is similar across Western society.

For my master’s thesis, I conducted interviews with young men in Berlin who are reducing or eliminating meat from their diets to study contemporary constructions of masculinity. Here, meatless diets are widely practiced, especially among young people and increasingly among men. I figured that if immediate and largescale reductions of meat consumption are required, then critical studies of men and masculinities are essential to this task.

Troublingly, the topic of gender is often ignored in sustainable diets discourse. However, food choice plays a significant role in gender construction; how we eat reflects and is influenced by our gender. For a long time, meat, especially red meat, has been connected to masculinity. Meat-eating is associated with masculine traits of emotional stoicism, power, physical strength, and virility. In turn, meatless diets are associated with feminine traits of self-restraint, emotion, and empathy. Subsequently, men eat and favor meat more than women. Nevertheless, appeals for reduced meat diets in Western societies have essentially ignored the fact that as the psychologist Hank Rothgerber writes, men eat meat partly out of a desire “to appear masculine and to feel like a real man.”

In Germany, for a man to forego meat is to challenge masculinity, but in Berlin, meatless diets (such as veganism and vegetarianism) are gaining popularity. When men reject masculine expectations, collective ideas about how to be a man change, opening up the possibility to either redo masculinity by continuing to adhere to basic characteristics accepted for men or undo masculinity and begin to dismantle the gender binary.

What does this look like in terms of meatless diets and masculinity? Men who practice meatless diets largely redo masculinity by redefining meatless diets as masculine, often in ways that correspond with masculine ideals. For example, interviews in the U.S. with vegan and vegetarian men found that most men masculinized their diet choices through explanations that relied on the logic of rationality, science, and reason, concepts that are traditionally coded as masculine. Another U.S. study of vegan men found that being vegan strengthened their masculine identity. These men emphasized how veganism improved their health and physical fitness and believed that more men are likely to become vegan when they see that manly men are thriving as vegans.

Redoing masculinity through meatless diets could be a way to create distance from ecofeminist vegetarians who link vegetarianism to empathy for the oppression of animals, the environment, women, and colonized subjects inherent in industrial meat production systems. Indeed the sexuality of men who practice meatless diets is often called into question, leading many men to reaffirm and defend their masculinity. Still, it is possible to redo masculinity while recognizing ethical arguments for meatless diets, especially when these arguments are weaponized to conceptualize vegans and vegetarians as “morally superior” to “weak” meat-eaters. DeLessio-Parson interviewed vegetarians in Argentina, a country well-known for its meat-rich diet. She found that when confronted about their diet, men employed philosophical and scientific arguments as well as humor and sarcasm to elevate their meatless diets and thereby communicate superiority.

Men who are uncomfortable with the term vegan or who abstain from animal-derived foods primarily for health reasons are increasingly using the term “plant-based” to describe their diets. In her deeply researched book on veganism, The Vegan Studies Project, Laura Wright prefers the term “hegan” to describe these men. Wright found that “hegan” men often also used aggressive language to argue that their vegan diets grant them improved health, virility, and physical strength, all of which support ideals of male domination, sexual conquest, and power.

The alleged meatless diet benefit of increased virility is touted in the 2018 documentary The Game Changers. When I began sharing my master’s thesis topic with friends and family, many encouraged me to watch The Game Changers because it features vegan male athletes. The film promotes a “plant-based” diet as the best diet for strength and performance enhancement and showcases almost entirely large, muscly male athletes who follow vegan diets. I ended up using the movie trailer as provocative content during my interviews because it demonstrates an explicit redoing of masculinity. The trailer begins showing an interview with Arnold Schwarzenegger, the famous former bodybuilder who now follows a vegan diet, and ends with shots of Patrik Baboumian, a stout, vegan bodybuilder who has broken several world records in powerlifting. In one of the most iconic parts of the movie, a doctor measures the erections of male athletes to demonstrate how vegan diets can lead to longer-lasting and firmer erections, a highly gendered, albeit contested, manner of promoting a vegan diet.

Marketers of veggie burgers and other fake meats are notorious for leaning on hyper-masculine ideology to attract men to their products. The problem with redoing masculinity in these ways is that it upholds the dualistic normative philosophy that conceives masculinity as opposed and superior to femininity, nature, and animals—a philosophy that has led directly and indirectly to the oppression of women and nature. It may be the case, though it remains problematic, that redoing masculinity through meatless diet practices is indirect and unintentional. However, there are examples of men who practice meatless diets in an express attempt to enhance gender and racial hierarchies. In my next post, I will introduce you to vegan “Nipsters,” neo-Nazi hipsters.

The vegan secret ingredients in this recipe (that replace the eggs and butter traditionally used in brownie recipes) are tahini, sweet potatoes, and olive oil. You could use peanut butter instead of tahini but be warned, the taste of tahini does not come through in the final baked brownies, but peanut butter has a much more pronounced aroma and flavor. Much like the tahini, do not fear olive oil in a baked dessert recipe, often the flavor is much more subtle than we imagine in our mind’s eye, or rather our mind’s nose. 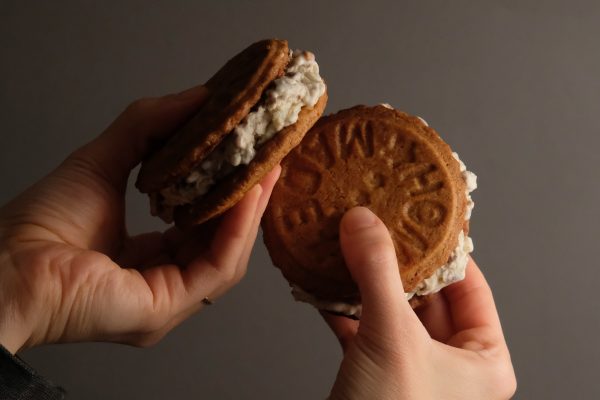 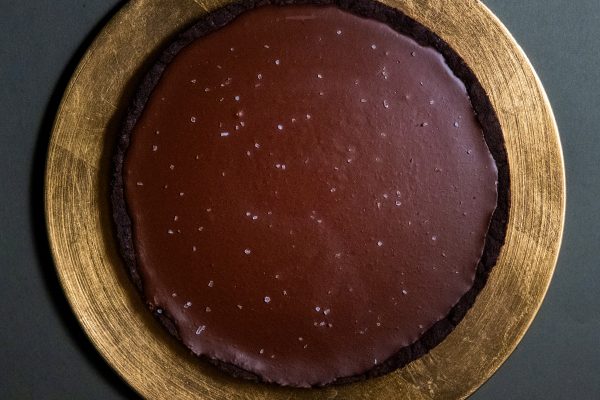 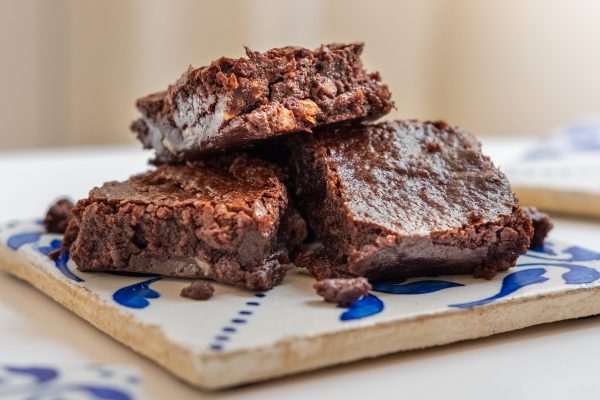